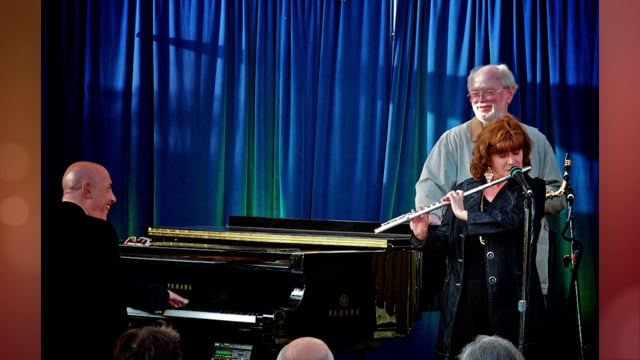 The Lori Bell Ensemble features Grammy-nominated flutist, Lori Bell, and specializes in traditional, contemporary and Latin jazz, and classical melodies. With a host of credits that include headlining at the Annual National Flute Association Gala, and the Kennedy Center’s Women in Jazz Festival, this Brooklyn-born artist is known in Los Angeles music circles as “San Diego’s best kept secret.” An instructor of Flute at San Diego State University’s School of Music and Dance, Lori can also be heard on Grant Levin’s 2007 CD, “Grant Wishes”, which has been met with critical acclaim since its release. Lori’s own CDs featuring both self-composed selections and fresh arrangements of classic melodies can be found on the Beezwax Record label.