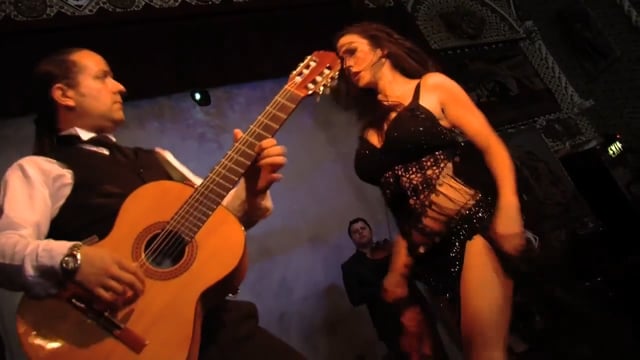 DAVID MALDONADO was raised in a family where playing music was as natural as breathing. His early influences encompassed a broad range of music most notably Classical and Flamenco. By the age of eight, David was already an accomplished violinist, immersed in the classical world of Bach and Mozart. By age fourteen, David was performing Classical guitar concerts at the University of Arizona. Two years later, he began to study under the world-renowned Classical guitarist, Celene and Pepe Romero and their father, the late Celedonio Romero, from whom David learned his incredible rasqueado technique. The combination of his childhood idols with the talents he learned through studying, along with David’s incredible energy and stage presence invokes a passionate response from audiences of all ages, taking them along an exotic journey.